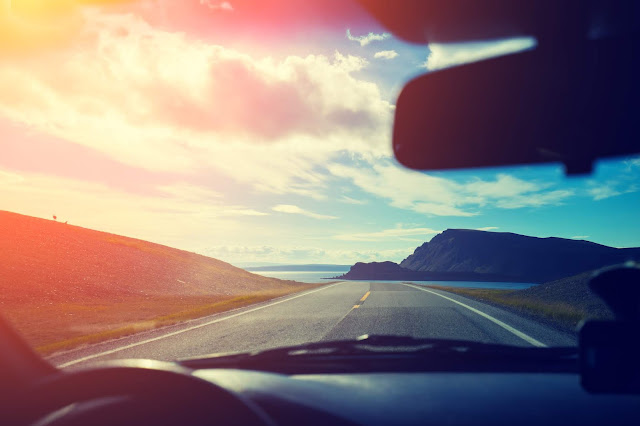 About the blogger: Originally from New Zealand, Sonja is a travel blogger based in Edinburgh. Having been to over 40 countries and lived in 6, she spends her days blogging on Migrating Miss, freelance writing and planning future travels.

Although summer is on its way out, autumn is just as good a reason/season to get out of the city and hit the road for quick trip or short break. As temperatures cool and the landscapes turn to shades of red, yellow and brown, an autumn road trip can be as refreshing as it is colourfully picturesque.

Scotland is the perfect place for such a trip; with a variety of attractions that mix the beautiful countryside with its rich and historical culture. For some ideas a new road trip taking in 10 hidden gems a day’s drive from Edinburgh has been created by local blogger Sonja Bolger with car hire company Avis. Four of the locations that Sonja chose are detailed below. 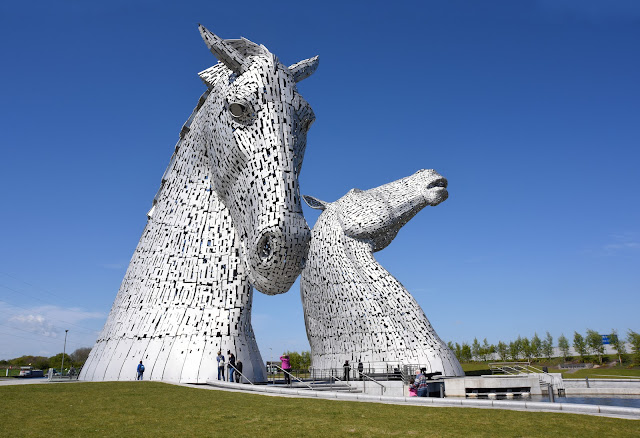 A perfect example of wondrous art set in equally astounding nature, the Kelpies are a fantastic gem to visit. Found in Helix Park in Falkirk, just under an hour’s drive from Edinburgh, the metallic horse head sculptures are 30 metres high and weigh an amazing 300 tonnes – each! Created by Scottish artist Andy Scott, the horses were modelled on two local workhorses named Duke and Baron. 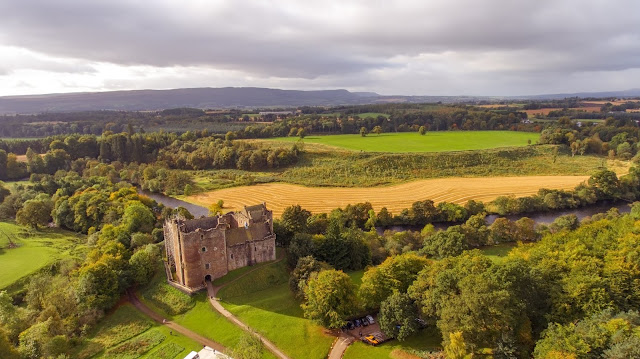 If you’re on the hunt for history with a side of entertainment trivia, Doune Castle is the answer. Thanks to its pristine condition, it’s been used as a filming location in a variety of films and TV series; many of the castle scenes in Monty Python and the Holy Grail, Winterfell Castle in Game of Thrones, and Castle Leoch in Outlander. Monty Python director Terry Jones even narrates the audio guide! The surrounding views of the countryside from the top of its tower are also awesome. Just over an hour’s drive from Edinburgh, Doune Castle is well worth the drive.

Another historical gem with modern fame, Culross Palace has seen a new wave of tourism thanks to being used in the TV series Outlander. Once belonging to wealthy Scottish merchant Sir George Bruce, it’s particularly eye catching due to its distinctive yellow colour and beautiful floral gardens. Culross is also an incredibly pretty town, with cobblestone streets and grand medieval architecture and monuments.

Situated on the edge of Loch Lomond, Luss is a charming small town that’s an ideal place for a day trip. There are a variety of shops selling trinkets, tartans and all sorts of local produce. One that stands out is The Luss Smokehouse, a fish smoker and shop selling locally caught salmon and trout. They also sell picnic hampers, sandwiches, and other delicious treats such as local fudge. Grab a bite and enjoy by the tranquil waters of Loch Lomond – probably one of the most scenic spots in the UK.

To learn more about these Scottish gems and to see Sonja’s other choices, please check out the Edinburgh Road Trip here.

Craft Design House is an online shop where you can easily find and buy or commission original objects, accessories and fashion pieces directly from the skilled designers, artists and crafts people that create them.

Nothing in our shop is ordinary or mass market. We bring a rich diversity of stories and inspiration from every designer and maker.

Don’t forget to treat your dad this month! There’s still plenty time to order online and have your item delivered in time for Father’s Day.

Whether your budget is £20 or £295, see our distinctly stylish ideas that are sure to impress – from Harris Tweed toiletry bags to iPhone Amplifiers.

The modern day man prides himself on looking sharp and your dad can too with these Sterling Silver Cufflinks.

If your dad loves his coffee then this is the ultimate gift that won’t break the bank either.

The classic Thomas Saddle bag is a traditional leather cycling bag that you would find in your grandparents attic. It’s been designed to keep the old traditional feel, but adjusted for modern life to fit your essential cycling needs.

Stylish but practical Harris Tweed toilet bag – this is the perfect gift for the travelling man about town – available in an optimum size that will fit all those grooming necessities neatly inside for a short trip away.

Connecting modern technology with the nostalgic style of the gramophone, the Resound series enhances the iPhone’s music through natural materials.

Summer is on the way in. And that means a change in, well, just about everything! Clothing goes from thick and snuggly to light and airy. We swap our evenings from indoor activities to pub beer gardens and spend our days gazing out at the sun soaked world. We book holidays and enviously glare at the endless pictures our Facebook and Instagram friends snap. And most importantly, we hit the beach! 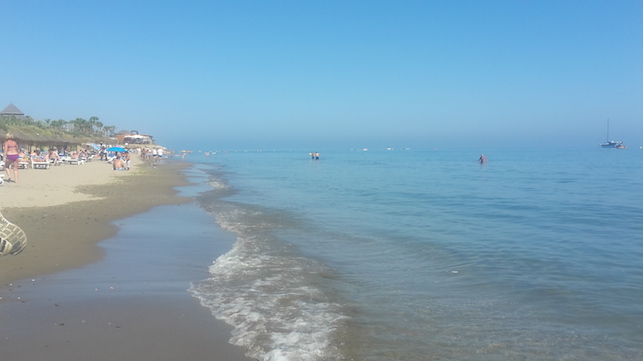 But what do we need when we hit the beach? We all have a checklist. We usually bring a towel, an on point bikini or swimsuit, our sunglasses, and sun protection. But with those beach bags being so big, we’re often tempted to fill them. What with? Well, that’s where I come in.

Long days spent exposed in the sun call for some pretty essential products. You may be thinking of makeup, but which products protect you from sun damage? You might think of sun protection, but will it stand long exposure, water, and sweat? What about after sun? Will after sun work on the body and the face? It’s a lot more complicated than you’d think…

So, here are the products I can’t be without on the beach, and you shouldn’t be either!

Not a beauty product as such, but if you’re planning on spending a whole day in the scorching heat and sun you need to be hydrated! Plastic bottles from the supermarket will do, but the environmentally conscious among us may want to opt for a refillable bottle. Drink up!

I can almost hear the ‘yeah, we know’ echoing across the lands atop a bed of eye rolls! But sun protection isn’t as simple as picking up the cheapest bottle and hoping for the best. Here are a few things that should be considered when you pick up your chosen bottle of SPF: 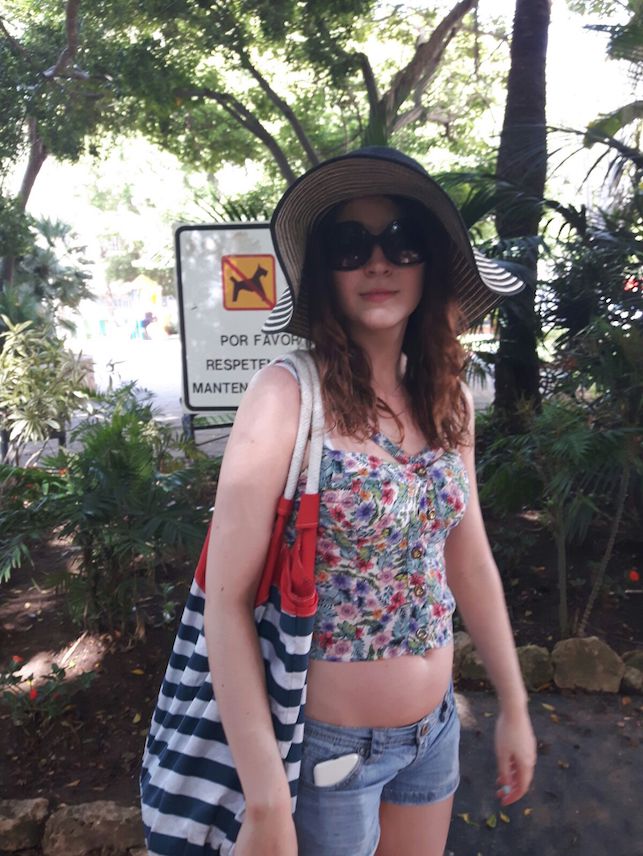 Avoid unflattering sunburn by investing in the correct SPF!

My personal favourite brand, year on year are Garnier and Nivea. They’re affordable, and they work. My friend also introduced me to this fantastic all day facial sunscreen which although a little expensive makes a perfect base for makeup.

Sun, sea and sand may sound ideal but it is drying as hell! Your lips are the only part of your body that can’t make their own moisture. So make sure you have a handy lip product to go. Several sun care brands have lip products with SPF packed in for example, this one or this one. A handy tin of Vaseline never goes amiss for a cheap and effective option, but remember that this will melt if left in a hot bag all day!

More than a fashion accessory, sunglasses are essential protection for the eyes! Avoid feeling like you can’t drag your eyes open when the sun is blazing on that pale coloured sand and make sure you have them on! It’s easy to get some sunnies that look amazing too! Try Topshop sunglasses, New Look sunglasses, accessorise sunglasses, or if budget isn’t a problem for you, Quay Australia has the best selection of fashionable sunnies. 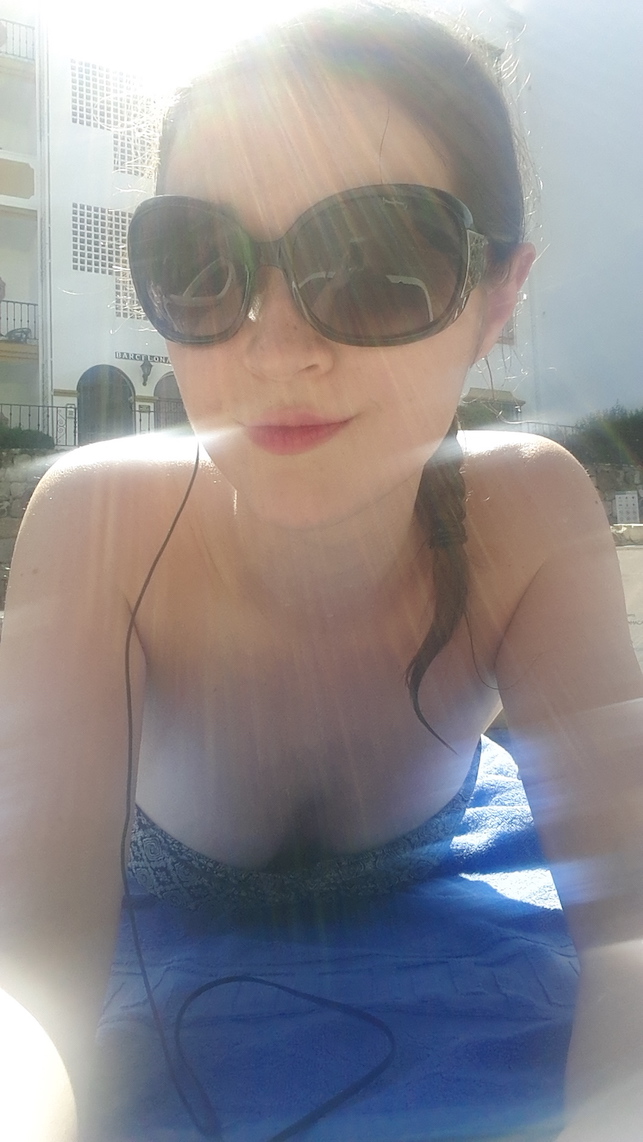 Needing to keep skin protected doesn’t mean you need to skimp on the beauty! Use a base product with SPF and reapply throughout the day, as you would SPF. Remember, more brands than ever are bringing out base products with higher SPF content. Products for daily use will not cover this. Don’t want to apply heavy foundation for a beach day? Try a sun protection product specifically designed for the face, such as this one previously mentioned. 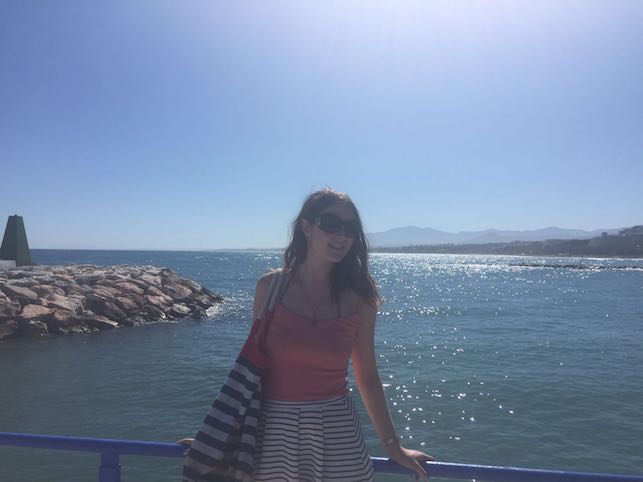 So there you have it; the top 5 things that you need for a day at the beach. Remember, you can have all of the accessories in the world, but nothing looks good with sunburn! Always protect yourself!

A network for Scottish bloggers to share ideas and see each other's work.
Always a working progress but we are filling this blog with guest posts and interviews with other Scottish bloggers.
Send us an email if you would like to see your post here: scottishbloggers@hotmail.com